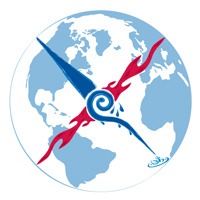 Isla Mujeres is located eight miles off the coast of Cancun, Mexico, and one hour door-to-door from Cancun International Airport. With clear turquoise waters, white sand beaches, and almost perfect year-round weather, the island is a haven for beach and water sport enthusiasts alike. Approximately five miles long and less then a half-mile wide, the island is also ideal for exploration via golf cart, moped or bicycle. The island’s center, a vibrant fishing village with many shops and restaurants, is a short walk from the hotel. 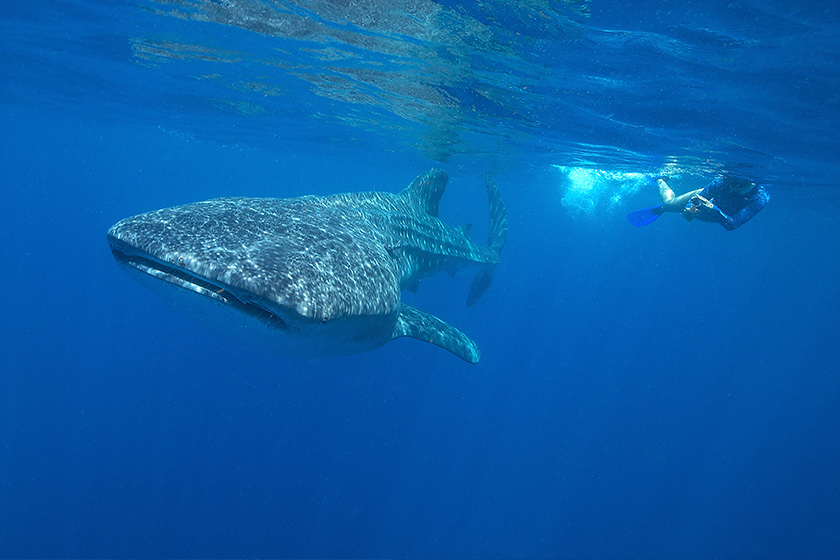 Whale Sharks (Rhincodon typus) are harmless sharks, not whales. They are the largest fish in the ocean, reportedly reaching over
50’ (15 m) in length and over 27,000 lb (12,500 kg) in weight. The largest known aggregation of these massive sharks occurs yearly near Isla Mujeres and the east coast of the Yucatan Peninsula, with up to 420 whale sharks observed in a single aerial survey.

Whale sharks are filter feeders, scooping plankton and other tiny organisms from the water. Although they have colossal mouths and thousands of tiny teeth (like velcro!), whale sharks are docile fish and it is entirely safe to snorkel alongside them while they feed. Each whale shark encounter allows for two people to enter the water at a time, alongside a guide. While watching sharks you may also see large manta rays, dolphins, and turtles, all of which are abundant here during the summer months. 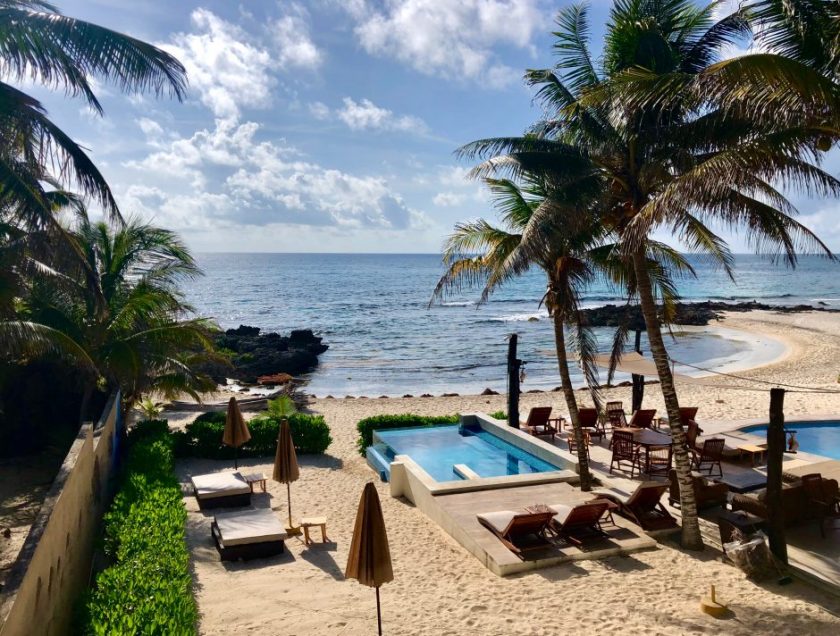 Hotel Playa la Media Luna is an intimate beach hotel with a casual atmosphere, all decorated in soft colors with traditional Mexican style. It is ideally located on the secluded “Half Moon Beach” on the downtown Northern tip of Isla Mujeres. 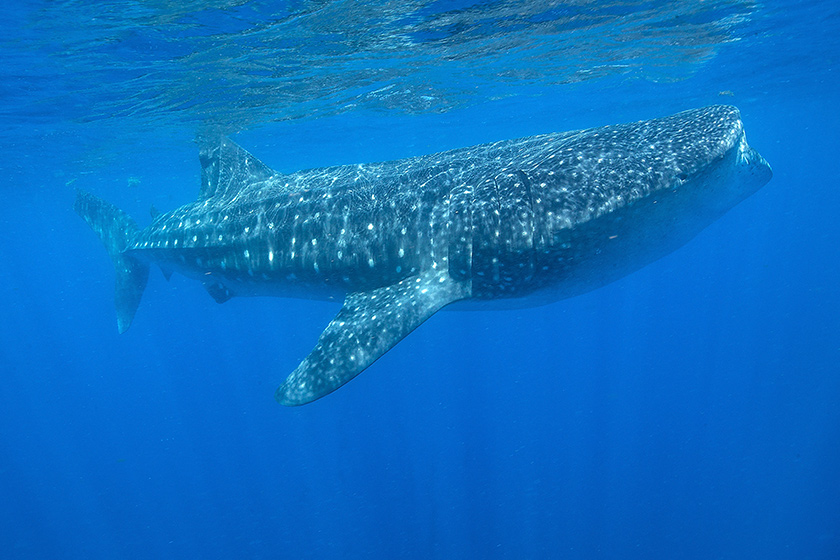 Space is always limited when traveling abroad, so please pack your gear in soft bags for easy stowage. Clothing should be lightweight, comfortable sportswear. Include a few warmer items for those cool days, synthetic quick dry clothing for days on the boat, sandals or soft-soled shoes, reef-safe high SPF sunscreen, a wide brimmed hat, sun glasses, and a wind breaker or jacket. Also bring comfortable clothing for evenings out on the town and exploring the island. Your snorkeling gear should consist of a mask, snorkel, and a pair of full foot fins. 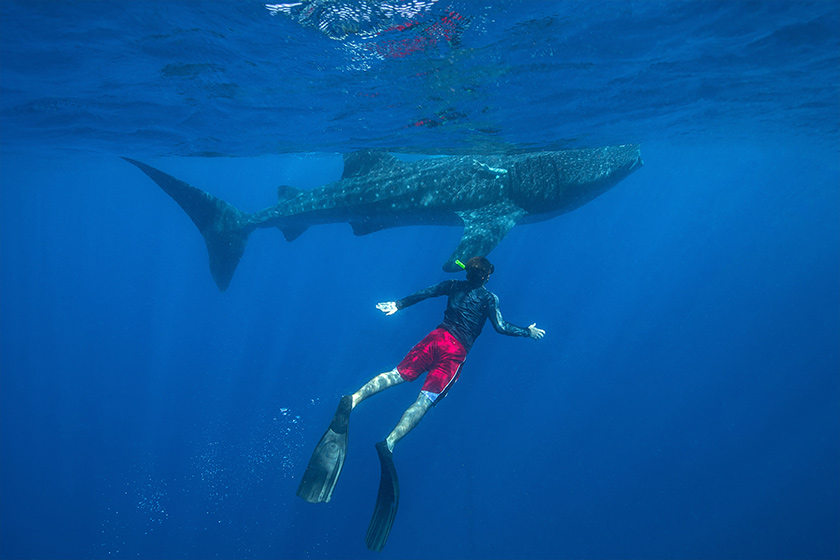 All arrival and departure (airport, ferry and hotel) transfers to and from Isla Mujeres, all accommodations, continental breakfast (for the 3 boat day departures) all boat fees and taxes, box lunch, snacks and refreshments onboard, welcome cocktail orientation, farewell dinner, limited use of golf carts. NOT INCLUDED:Trip Interruption or Cancellation Insurance, International airfare to Mexico, food and beverages (unless listed above), sundries, personal items, excess baggage fees and guide, boat crew and hotel staff gratuities. 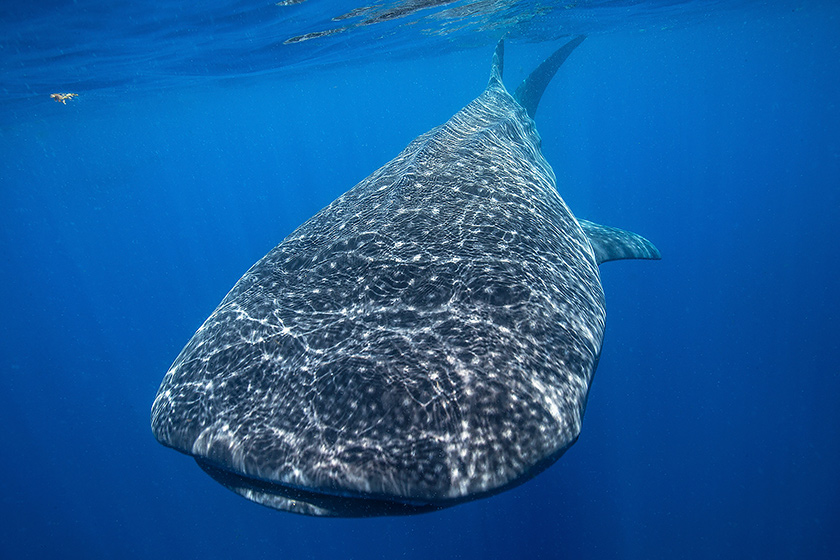 Join us in Isla Mujeres, Mexico July 8th to July 13th, 2023 for a gathering of whale sharks unlike anywhere else in the world.